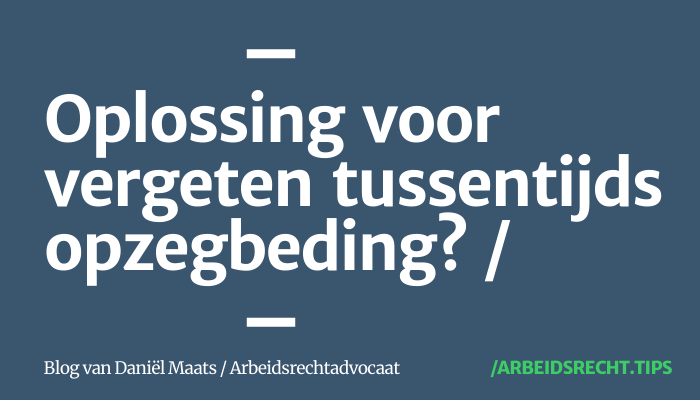 As an employer, you have made the decision to stop working with that one employee. You’ve been eyeing it for a while, but there isn’t a good match. But, the employee is employed on the basis of a fixed-term employment contract and there is no interim termination clause, can you split up? There now seems to be a solution for this, so that the employee can still receive unemployment benefits afterwards. In this article I explain how that is possible. But, it remains risky.

In this ARTICLE you can read everything about the settlement agreement and what you should take into account.

When is an employee entitled to unemployment benefits?

Pursuant to this article, the UWV only grants unemployment benefits as of the end of the original fixed-term employment contract, if no written interim termination clause has been agreed. This provision is only a few years old and I could not find any other statements about it.

Amsterdam court thinks along with employee

Recently, the court in Amsterdam had to rule on such a situation. The employer and employee had concluded a termination agreement after the employee had been summarily dismissed and the employee had objected to this. The employment contract had been entered into for a definite period of time and no interim termination clause had originally been agreed. Oops, but the parties had been careful about this, so they had thought that they could include in the termination agreement that an interim termination clause was still agreed. The UWV did not agree to this. If that was allowed, article 19 paragraph 4 WW could be circumvented. It would be a sham.

One swallow doesn’t make a summer

I read many blogs from colleagues who, based on this one statement, state that this is a sure solution. I don’t know yet. It concerns ‘only’ the Amsterdam District Court and the UWV can still appeal to the Central Appeals Board. That is certainly obvious and he might think otherwise. In addition, UWV could also invoke another article, namely article 24 paragraph 5 WW :

The employee is obliged to behave in such a way that his actions do not harm or could harm the General Unemployment Fund or the Government Implementation Fund. Disadvantage within the meaning of this article does not include conduct as referred to in article 25.

Perhaps the UWV will put this trump card on the table in another case. So be careful with this solution. There is still a certain risk in it!

In practice I sometimes see other solutions. The most far-reaching option is to draw up a new original agreement, with an interim termination clause. The question is whether that is allowed, but I see it coming more often. An alternative is to close an addendum. But how long should you wait after concluding a termination agreement? Enough questions that remain.

If you would like to know more about the dismissal of employees, please feel free to contact us. 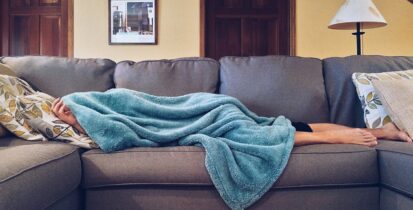 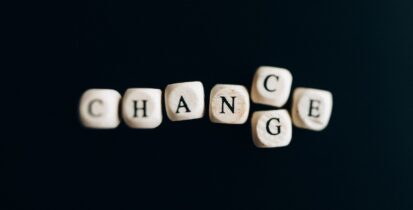