According to the Organisation for Economic Co-operation and Development (“OECD”), inefficiencies in tax treaties have triggered double non-taxation in a number of situations. The OECD plans to develop model treaty provisions and recommendations for domestic law measures to counter the granting of treaty benefits in what it refers to as “inappropriate circumstances”. OECD made an action plan named base erosion and profit shifting (BEPS) in which several perceived flaws in international tax rules were addressed. One of the topics is treaty abuse, which was tackled as action point 6. This action point 6 focuses on the prevention of treaty abuse, and was fully outlined in the 2015 Final Report issued in last October.

Next to the OECD, also the European Commission would like a statement in the overall discussion on tax avoidance and aggressive tax planning. This resulted in an adjustment of the Parent Subsidiary Directive (PS Directive) by the introduction of a new General Anti Avoidance Rule (“GAAR”). The purpose of the PS Directive is to ensure that profits within in a cross border group in the EU are not taxed twice. This new GAAR has two elements which need to be fulfilled in order to comply with the PS Directive. The first is a subjective test (main purposes) and the second is an objective test (lack of economic reality). Although the interpretation of the two key elements will further differ among the EU member states, the economic reality of a structure will be increasingly important and closely scrutinised before the benefits of the PS Directive are granted.

Both action 6 and the GAAR show that the economic reality including its real economic presence also known as substance, are getting more and more attention in order to be able to benefit from the Tax Treaties and the Parent Subsidiary Directive. Just having an P.O. Box will not be sufficient anymore while the absence of dedicated and qualified individuals as local director, i.e. absence of real substance, will be an open invitation for tax authorities to challenge effective place of residency and attribution of income and costs and therefore the entitlement to the benefits of the tax treaties and the Parent Subsidiary directive.

BEPS in The Netherlands

Being in the centre of attention, including accusations of facilitating BEPS with special tax regimes for intellectual property and headquarter operations, the Netherlands has responded with its view that combating international tax avoidance and abuse is socially desirable and that measures are unavoidable. At the same time, the Netherlands must ensure that fair competition and employment in the Netherlands are safeguarded. The main focus for the Netherlands is to promote the Dutch tax policy by emphasising its treaty network, certainty in advanced (rulings), the availability of the participation exemption and no withholding tax on interest and royalty payments. Notwithstanding the aforementioned, the Netherlands would like to take a leading role and has displayed initiatives regarding transparency (exchange of information/rulings) , transfer pricing and developing countries (amend tax treaties and increase capacity). The initiatives have a shared goal, to prevent abuse based on multilaterally approach via hard law. This should result in a level playing field for all countries which try to attract investments.

For the implementation of BEPS a multilateral instrument for overriding bilateral tax treaties is being developed. Although BEPS is not yet implemented, some countries have already taken measures in line with BEPS in order to implement the OECD’s minimum standards and best practices. For instance, Taiwan has intensified their focus on the real economic presence / substance to claim benefits under an applicable tax treaty and are therefore requesting additional information to support business substance. The Taiwan tax authorities are particularly focussed at investment holding companies located in certain jurisdictions such as the Netherlands. Although the requirements are yet to crystallise, having a dedicated and qualified local individual(s) as director on the payroll, would without doubt substantially add to the substance and real economic presence requirements (compare the (P.O. box) companies registered all on one address without individuals as local director), as well as enhance the attribution of activities carried out under management and control of these local directors.

With regard to the GAAR, which will enter into force as of the first of January 2016, substance also plays a prominent role in the application of the PS Directive. Unfortunately, there is no clear definition of substance within an European context. As a result, one needs to take into account the substance requirements of all countries, not only for different entities, but also for the same entity. For instance, the Dutch tax authorities will apply their national requirements when you request a certificate of residency, whereas the each and relevant EU tax authorities will make their own assessment based on their national rules and policies of the same tax residency of the same entity. It is therefore eminent to understand the national substance rules and requirement in these countries where the Dutch Holding company has its subsidiaries. Hence in theory a Dutch Holding company may pass the test for one EU country while another EU country will not allow the benefits according to the same PS Directive.

Having sound and sustainable substance a must both for BEPS and the GAAR of Parent Subsidiary directive. What the minimum requirements will be for having sufficient substance has not been aligned and has yet to crystallise. However, it is clear that real economic presence is not possible without dedicated and qualified individual(s) on the payroll and on the ground to manage and carry out the activities that are to be attributed to the entity in the Netherlands. Therefore, together with own office space with computers, cupboards and chairs this can be considered the absolute minimum for avoiding the tax residency being successfully challenged and the entitlement to benefit under tax treaties and PS directive being successfully denied by tax authorities. 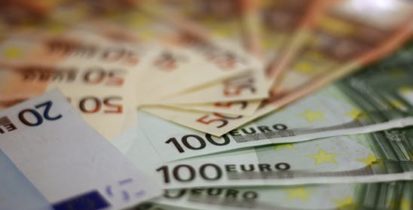